Service Charges Conflict: Its Impact on Restaurants and Their Customers 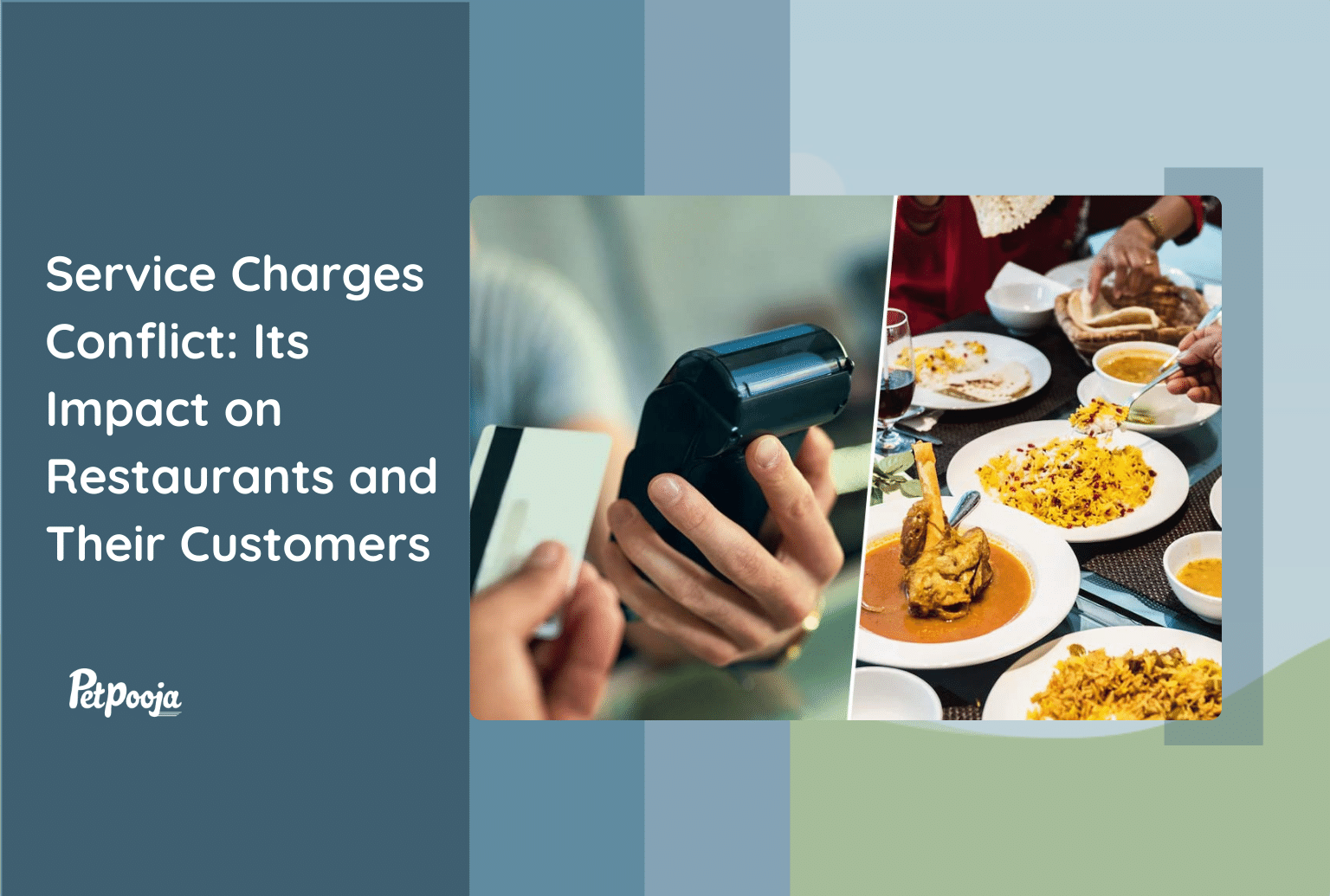 The Indian restaurant industry is competitive & every other month is going through a new change. It could be a new type of international food trend; a new technology trend; a change in consumer habits; or even as small of a change as the opening of a new food place in town. Everything, from macro to micro level affects the food business. And the major impact comes with every legal amendment made for the business.

The legal side of the Indian restaurant industry has been facing a bit of turbulence lately. On July 4th, 2022, the Indian Central Consumer Protection Authority (CCPA) issued the guidelines prohibiting every hotel & restaurant from automatically adding the service charges to the bill or collecting service charges altogether. CCPA is an active body working towards preserving & empowering consumer rights in India!

The CCPA had been hearing many complaints about the malpractice of service charges & so decided to resolve the conflict. To counter this, NRAI (National Restaurant Association of India) & other restaurant unions took the case to the High court calling the guidelines damaging to their businesses & their customers’ trust. The whole conflict has snowballed & neither restaurant nor their customers know what is happening!

And so, we decided to help everyone & anyone wanting to understand this service charge conflict without getting lost in legal terminologies.

What is Service Charge in Restaurant Business?

A service charge is a price that is added to the customer’s bill to pay for the service provided by the restaurant or cafe staff. So in simple terms, when the bill arrives, you are paying for the food & the service that the waiters, billers & chef provided you.

The service charge rate is 10% of the total bill.

Post-2017, it was mandatory for every customer to pay the service charges to the restaurants. But CCPA opposed this rule in court & since then, it is customers’ choice to pay or not pay the charges!

What Caused The Service Charge Conflict?

To all fairness, paying the service charges might not be as much of an issue as it is being perceived. Every food establishment has many employees at the back of their house & the front who work around the clock to provide us services & enhance our customer experience.

A large part of these employees is untrained & uneducated people who have trouble making their ends meet. In addition to that, the competitive restaurant industry & high third-party commission charges, take a huge chunk of restaurant profits. And so, by paying service charges, we are if not anything helping them survive.

But at the same time, many food businesses have come under scrutiny for skimming the service charges for themselves & not paying the dues where it is supposed to. At the same time, many consumers have argued that they do not wish to pay for the service they didn’t need or asked for! Food businesses even have been caught performing malpractice of applying hidden service charges on the bills.

RECOMMENDED READ  Which Customer Loyalty Program Is Best Suited For My Restaurant Type?

What Are the CCPA guidelines?

What did the High Court Rule?

When CCPA gave these guidelines, NRAI & other retail F&B associations took the matter into their hands. They opposed the guidelines which clearly affected their already slim profit margins & business costs. At the same time, it also affected their staff performance & their livelihood. It was clear that because of these conflicts, the customers’ trust & judgement was impacted. There has been ever since a constant state of mistrust between the two parties.

Understanding the arguments of both parties, the Delhi High court has put the guidelines on hold. But it ordered all the retail food & beverages establishments to clearly mention & inform the customer about the additional service charge. The businesses cannot coax or trick the customers to pay it! At the same time, the establishment cannot charge service tax on takeaway or home delivery orders.

While both of these bodies are advocating for the betterment of the industry, the relationship between customers & their businesses is affected. The retail F&B sector has raised concern over staff tipping too. While the customers previously tipped the waiter, they now neither pay the service charges nor leave them any tips.

What Is the Current Scenario?

From June 2022 till now the High court bench has taken this matter twice & has ended with giving another date to the court. Both CCPA & NRAI plus other bodies have been actively trying to understand the businesses & their customers’ pleas.

It does not matter on whose side the High Court would rule but the final verdict would have a huge impact on the retail F&B sector. In fact, it could also lead to similar kinds of legal moderation in other industries which charge service taxes.

There are many businesses which are skimming the service charges for their benefits. But at the same time, there are many for which service charges are a source of employee remuneration. And so, to earn customers’ trust, they are improving their customer service & meeting all their requirements for a memorable experience.

Well, in the end, to pay or not to pay, that is the question.

We hope this blog helped you know everything that you should know about the service charges. For more restaurant industry-related news, follow us on Instagram!

Simple Dining Etiquettes That Will Make Your Waiter’s Life Easier