Everything You Should Know About The Rise of Microbreweries in India 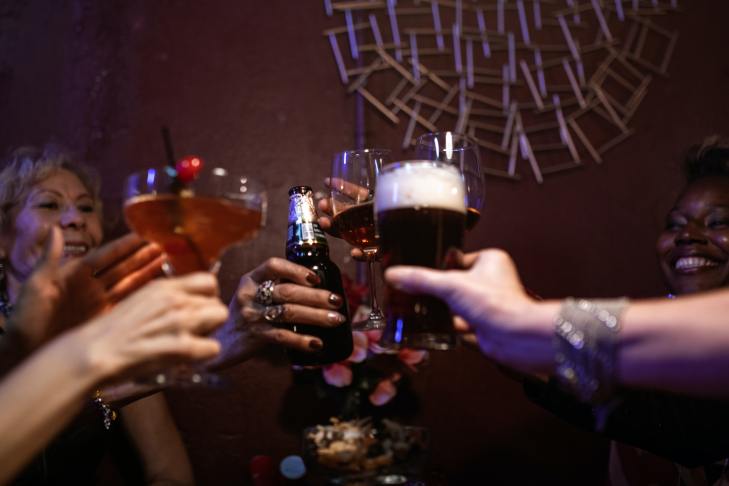 Millennials are always looking for new tastes and new things to try out. Beer, one of the most popular drinks amongst the lot, presents the perfect opportunity for this experiment. People love beer in India; it is evident from existing data. The Indian alcohol market is the fastest-growing market in the world. It is estimated to grow by 25% to the US $41 billion by 2022, and beer is the second most popular drink.

So with the rise in the working class disposable income and changing taste, beer and microbreweries have become a great trend! People have started paying attention to the taste and craft of beer making. This new trend has given rise to the concept of microbreweries in India.

Microbreweries are breweries which locally produce beer on a small scale using more natural ingredients. The beer produced in these breweries is called craft beer, they are made in small batches with unique curated recipes and in a more traditional manner. Microbreweries personalize the beer experience by using ingredients and customizing them for the customers.

Consuming craft beer, different from mass-produced beer, is an altogether different experience. Craft beer has its speciality in its freshness and flavour. The alcohol content in craft beers is generally higher than in other beers. To be a microbrewery producing craft beer, a brewery must be independent and not controlled by any mass-producing beer company.

Authenticity and innovation are other characteristics of a craft beer. The essence of microbreweries is the continuous discovery and invention of new flavours and recipes. The process of producing craft beer is also transparent and not open. People can learn about the methods, techniques and ingredients of brewing. Since it is easy to build this set-up on a small scale, restaurants have started offering in-house craft beers to lure customers.

What Has Led To The Rise Of Mricobreweries In India?

The beer market in India has been increasing in India, as it has become an integral part of casual meet-ups and social interactions in India. The beer market has been valued at 5,533.73 Mn litres in 2020 and is expected to reach 9,004.74 Mn litres by 2025. The concept of microbrewery in India and the technique used behind brewing is comparatively new. Yet, the craft beer segment of this market is one of the fastest-growing. It is estimated to grow at 108.59% in terms of volume from 2020 to 2025.

Reasons for the Rise of Microbreweries

Here are some of the reasons for the growth of microbreweries in India.

RECOMMENDED READ  What Licenses Are Required For Opening A Restaurant in India?

In all aspects of our lives, we can see the influence of outside culture. The same is the case with the rise of craft beer culture in India. Craft beers and microbreweries are extensively popular in western economies. The soft cultural power of the west is undeniable in India. Microbreweries have become the cool new spot in town.

As microbreweries can provide a personalized experience with custom-crafted beers, they offer better flavours with a twist. Millennials or people with disposable income are the target audience for this industry. These are also the people who look forward to experimenting with flavours and are active in experimenting themselves by entering the market as players.

Each beer is unique in its taste and experience. Unlike mass-produced beers, the uniqueness and distinctiveness of these craft beers, paired with eccentric drink names and amusing marketing have affected the sales and branding of microbreweries in India for good.

The love for organic and healthy products has grown tremendously over the years. Microbreweries and craft beers fit perfectly in this market. Craft beer is more beneficial than bottled beer. Bottled beer contains preservatives, while craft beers do not have any preservatives. Drinking comparatively healthier beer with more alcohol content is the perfect reason for Millenials to favour craft beers.

Microbreweries in India are witnessing a rapid rise, but they also face several challenges. Craft beer is generally more expensive than bottled beer as the latter is produced on a large scale. The costly nature of a drink often discourages customers from regular consumption. Another challenge microbrewers face is that of promoting their beers. Due to the small range of operations, they don’t have enough budget to market the product.

There is a lack of awareness about microbreweries and craft beer in society. One way to address this challenge is through all microbreweries coming together to create awareness.

An interesting situation with microbreweries is that they tread a fine line between prosperous and too successful. It has been seen that when a brewery gets too big, it starts entering the world of corporate breweries like The White Owl, Bira or Simba. These players were able to expand nationwide. But while many others tried to follow the same path, they were either unable to connect to their previous audience or lost their fiercely independent nature.

But despite, all this, the microbreweries industry in India is expanding rapidly and it would be interesting to see how this market pans out in the long run.

Are you thinking about opening your microbrewery in India? You can consult a restaurant consultant. Subscribe to our newsletter and follow us on Instagram for regular restaurant-related updates!

Tips To Create A Best Selling Dessert Menu In 2022

6 Tips To Help Increase Restaurant Sales During This Festive Season!

How To Design A Mouth-watering Ice Cream Menu For Your Business?

8 Reasons To Have A Limited Menu In Your Restaurant

7 New Trendy Icecreams That You Need To Try Today!

What is Farm-To-Table? Here’s Your Complete Guide!