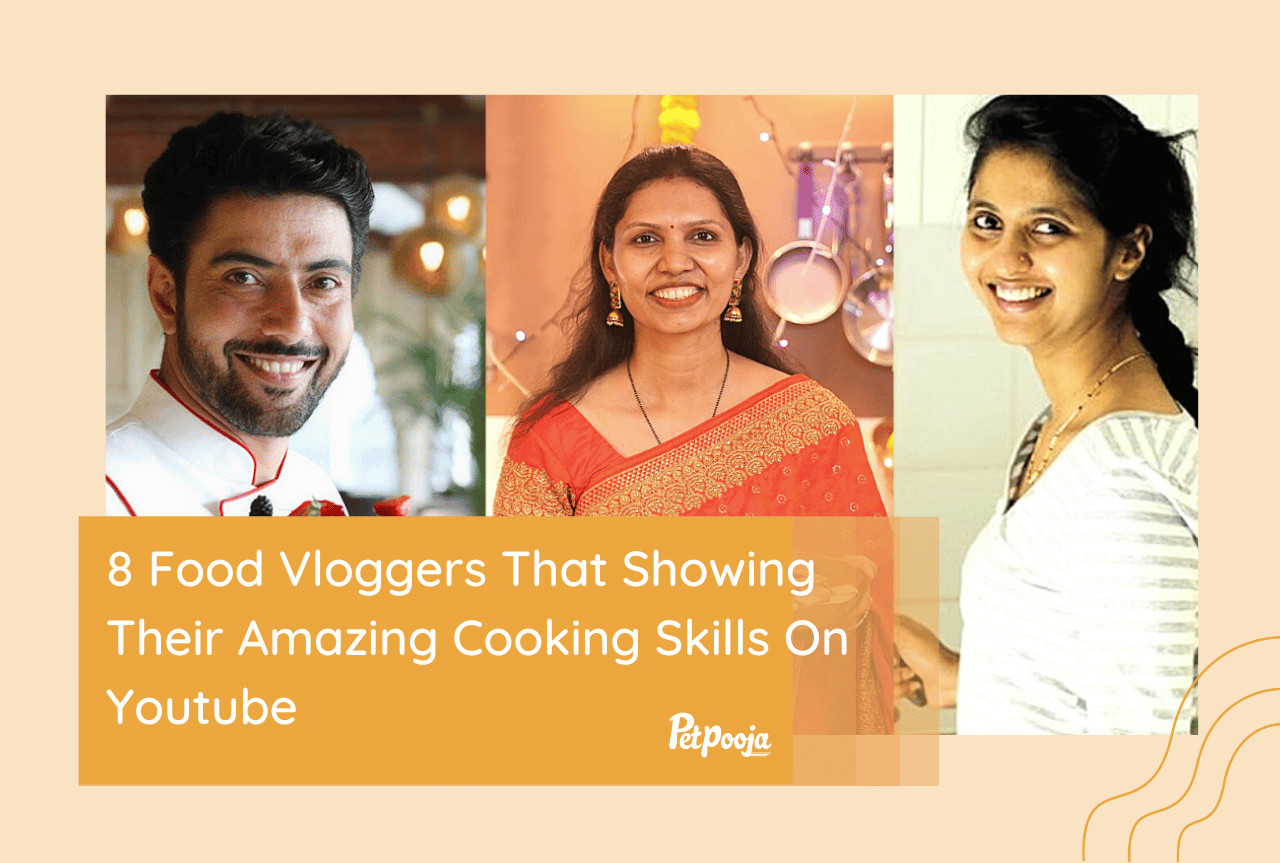 Are you someone who enjoys cooking and trying out new dishes? Is youtube your go-to place to find recipes? Today, recipes from around the world are at the tip of our fingers; we straightaway google what we want to know. Food vloggers make up one of the most watched content on every social media platform. They are creative and engaging and present fabulous recipe ideas for our next meal.

So to help with your next cooking endeavours, here is a list of eight cooking channels you must follow on youtube to give your dishes a unique flavour.

These youtube stars will make your head to the kitchen and start cooking instantly!

One of the most famous food vloggers in India with over 13 million subscribers, Nisha Madhulika, is on a mission to bring joy and togetherness to families through food. Her channel is one of the most subscribed cooking channels in India. Madhulika is primarily famous for showing recipes for Indian vegetarian cuisines. She also writes food columns for Indian Express, Amar Ujala, Times of India, and Dainik Bhaskar.

Run by Yaman Agarwal, a Hydrabadi boy, CookingShooking has become extremely popular amongst food lovers. Agarwal knew he wanted to be a chef from 12 as he enjoyed watching his mother cook. You will find easy-to-make recipes for everything ranging from Crunchy Kurkure Momos to Chocolate Tart to Bengali Rasgulla on his channel; cooking is the new piece of cake with Cooking Shooking.

If you are looking for food vloggers with everyday recipes for your daily meals, Kabita’s Kitchen is the channel for you. Kabita’s kitchen especially took off during the lockdown when people were looking for fun recipes to make their time at home enjoyable. Kabita believes her simplicity is the reason people love her cooking channel. Her kitchen tips and six series recipes are mainly to be watched out for.

Did you know the actor-singer Diljit Dosanjh called Kabita’s Kitchen his Ustaad (master) in an interview?

If you see food as more than a thing you eat, but as something rich in culture and history, go straight to Chef Ranveer Brar on youtube. Masterchef India judge, television celebrity, food vlogger, restaurateur, and celebrated chef, Brar has become a household name in many parts of the country. Watch his videos to find wonderfully explained recipes with their origin stories, especially Indian street food.

Arumugam, amateur filmmaker and food vlogger, created a cooking channel featuring his father, Jaymukh Gopinath, making fantastic dishes from Tiruppur, a town near Coimbatore in western Tamil Nadu. The channel generally features Gopinath preparing various non-vegetarian dishes and relishing them before the camera, sometimes joined by other people in the village. The duo’s first video showed Gopinath simmering crabs in a stew over a fire with a waterfall behind him. The video initially received 15 views but slowly picked up. Today, the channel has over 4 million subscribers.

Manjula’s kitchen must include the list when discussing vegetarian and vegan food vloggers. You will find many vegan and gluten-free options on her cooking channel. She makes easy-to-make, ingredient recipes. She is also the author of the ebook Manjula’s Kitchen: Best of Indian Vegetarian Recipes. Head to her channel for mouthwatering appetizers, curries, and desserts.

Another MasterChef India judge, Kunal Kapur, is an ​​Indian chef, restaurateur, and food vlogger. He was invited as a guest judge in Masterchef America as well. The Limca Book of Records has cited Kapur’s name for creating India’s giant Chocolate Tower. He has also presented Satvik cuisine to Prime Minister Narendra Modi and German Chancellor Angela Merkel in Bangalore. You will mostly find north Indian food recipes on his cooking channel with a unique flavor.

Sanjeev Kapoor needs no introduction; he has been a beloved TV cooking show host, Khana Khazana. Kapoor has published over 175 cooking books, has 17 years of experience as a cooking show host, and recipient of the Padma-Shri award (India’s highest civilian award) for his culinary contribution and for putting India on the world’s culinary map. His cooking channel, Sanjeev Kapoor Khazana, regularly features videos in different languages and other food vloggers with their recipes.

Do you feel like cooking something new? Go ahead! Food vloggers have made a special place in our hearts and markets! There is something for everyone in these above cooking channels by our internet chefs.

If you are a restaurant owner, you should try youtube marketing to promote your brand. You can get your own videography kit and create videos like get-to-know-the-chef, behind-the-scenes, and day-in-the-life of restaurant owner videos.