11 World Famous Indian Chefs That You Should Know About 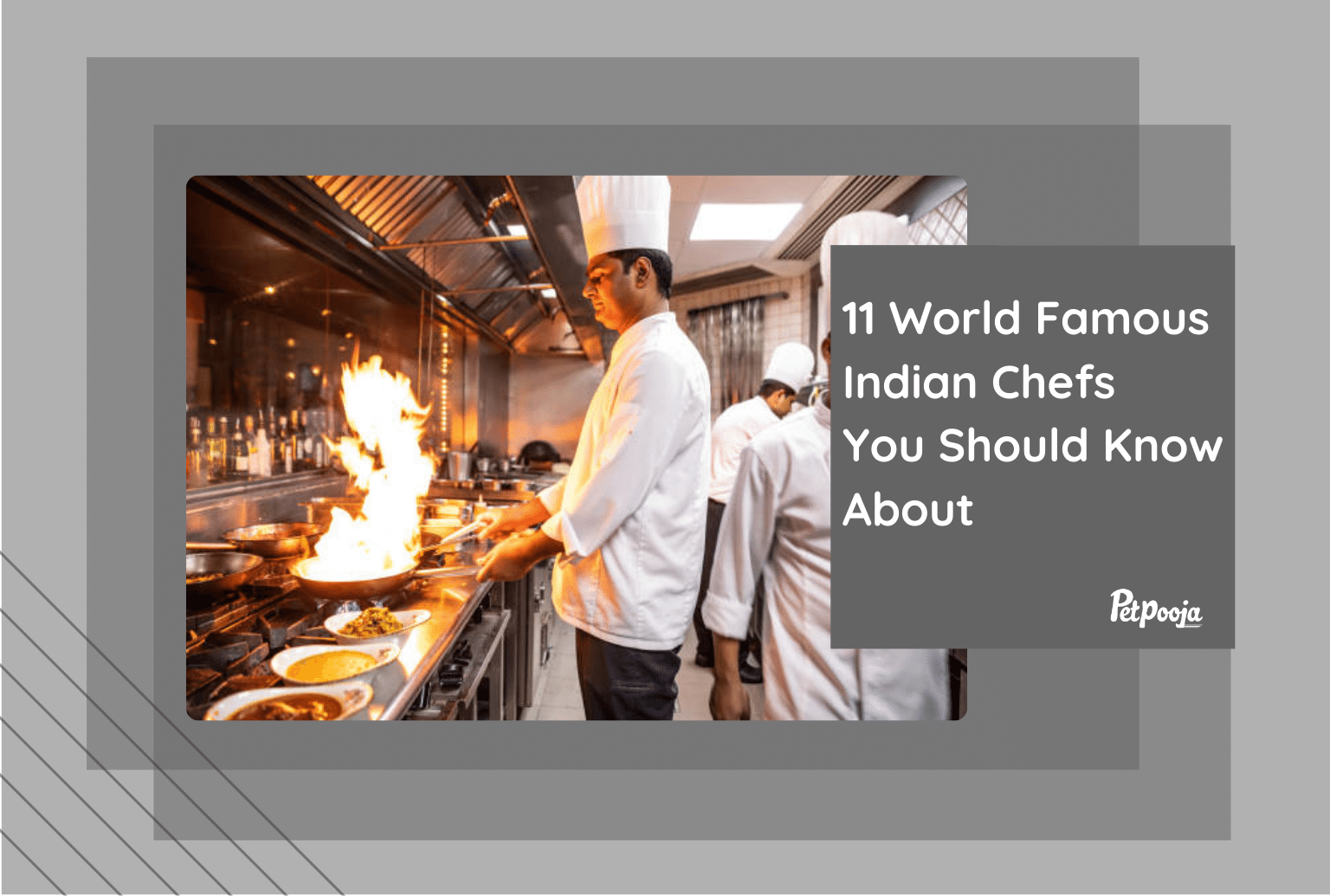 In a restaurant, a chef is in charge of the menu, supplies, kitchen staff, and day-to-day operations. However, a chef’s primary role and essence is creating delicious meals and making our mouths water. India is rich in such artists. Here are some famous chefs from India who have made us proud on a global platform.

To know all about a restaurant chef, read our blog here.

11 Famous Chefs That Are Indian

Top of our famous chefs list is, of course, Sanjeev Kapoor. With his popular show “Khana Khazana“ he still is a beloved icon in Indian households. His amazing cook skills have made him one of the most famous chefs internationally. He is also an author of multiple cookbooks and a recipient of numerous culinary awards including Padma Shri.

Michelin star-winning Indian famous chef Vikas Khanna is another well-recognized name in India. Khanna has worked with world-famous chefs like Gordon Ramsey and Bobby Flay. He also appeared in shows like MasterChef India, MasterChef Australia, and Twist of Taste on Fox Life. During the COVID-19 pandemic, Vikas Khanna launched a humanitarian initiative where they arranged meals for millions of people called “Feed India.”

Madhur Jaffery is an actress turned chef and food writer because of her passion for food. Jaffery’s first book, “An Invitation to Indian Cooking” was published in 1973, and she has now written over a dozen cookbooks. She has appeared in multiple cooking shows, including “Madhur Jaffrey’s Indian Cookery” which premiered in the UK in 1982.

With a charming personality and thorough culinary knowledge, Ranveer Brar has become one of the most famous chefs. Brar started as a restaurant chef, and now his videos are a sensation in many Indian households. He has been a part of many TV shows, including The Great Indian Rasoi and MasterChef India. He has also authored two books, Come Into My Kitchen and A Traditional Twist. Brar has been awarded ‘Indian of the Year’ for Chef and TV Host of the year 2017.

Starting her career by hosting cooking classes in her house, Tarla Dalal won the Padma Shri award. Tarla is a famous chef and an author of over 150 cookbooks and has sold over 3 million copies. There is a Tarla Dalal cooking school in Ahmedabad offering different culinary courses and certificates in cooking to people looking to make a career in the industry.

Another recipient of Michelin star, Vineet Bhatia is an Indian chef, restaurateur, media personality, and author. Vineet began his career as a restaurant executive chef in Mewar and Kandahar, the Oberoi group. He then shifted to the UK to experiment with different culinary techniques and Indian cousins. Bhatia was appointed as the culinary Ambassador for GREAT Britain & Northern Ireland campaign in 2021.

Ritu Dalmia is a famous chef and co-owner of a famous Italian restaurant chain, Diva, in Delhi. She hosted, ‘Italian Khana‘ a popular cookery show on NDTV Good Times for three seasons, and published a cookbook by the same name in 2009.

Dalmia was one of the five petitioners who filed a writ petition in the Supreme Court of India challenging Section 377 of the Indian Penal Code, which resulted in the reading down of this section in 2018.

Pankaj Bhadouria is the winner of the first season of MasterChef India. She has hosted multiple Indian cooking shows, including Chef Pankaj ka Zyaka on StarPlus, and Kifayati Kitchen on Zee Khana Khazana. She is the first MasterChef winner from all over the world to publish an official MasterChef cookbook.

Garima Arora is the first Indian woman chef to win a Michelin star. She has worked with Chef Gaggan Anand, Gordon Ramsay, and René Redzepi of Noma in Copenhagen and then opened up her restaurant, Gaa, in Bangkok in 2017. She has also been awarded the title of Asia’s Best Female Chef 2019 by the World’s 50 Best Restaurants.

Atul Kochhar, was the first Indian to be awarded a Michelin star for his London restaurant Tamarind in 2001. He is a famous chef who has presented Indian cuisine on a global platform. His signature dishes are a combination of traditional Indian and British food.

Vicky Ratnani’s curated menus have won multiple accolades and awards. He was voted Chef of the Year in India at the Indian Restaurant Awards in 2015. He has a book and an NDTV show called “Vicky Goes Veg.”

Interestingly, Ratnani served as a personal chef to Nelson Mandela on his journey from Durban to Cape Town and also cooked for Queen Elizabeth.

We hope you like this blog. Tell us about your favourite famous Indian chef in the comment section below!

Restaurant Trends That Will Shape The Industry In 2023!

Which Restaurant Management Books Are the Successful Owners Reading?

All About Social Media Chef