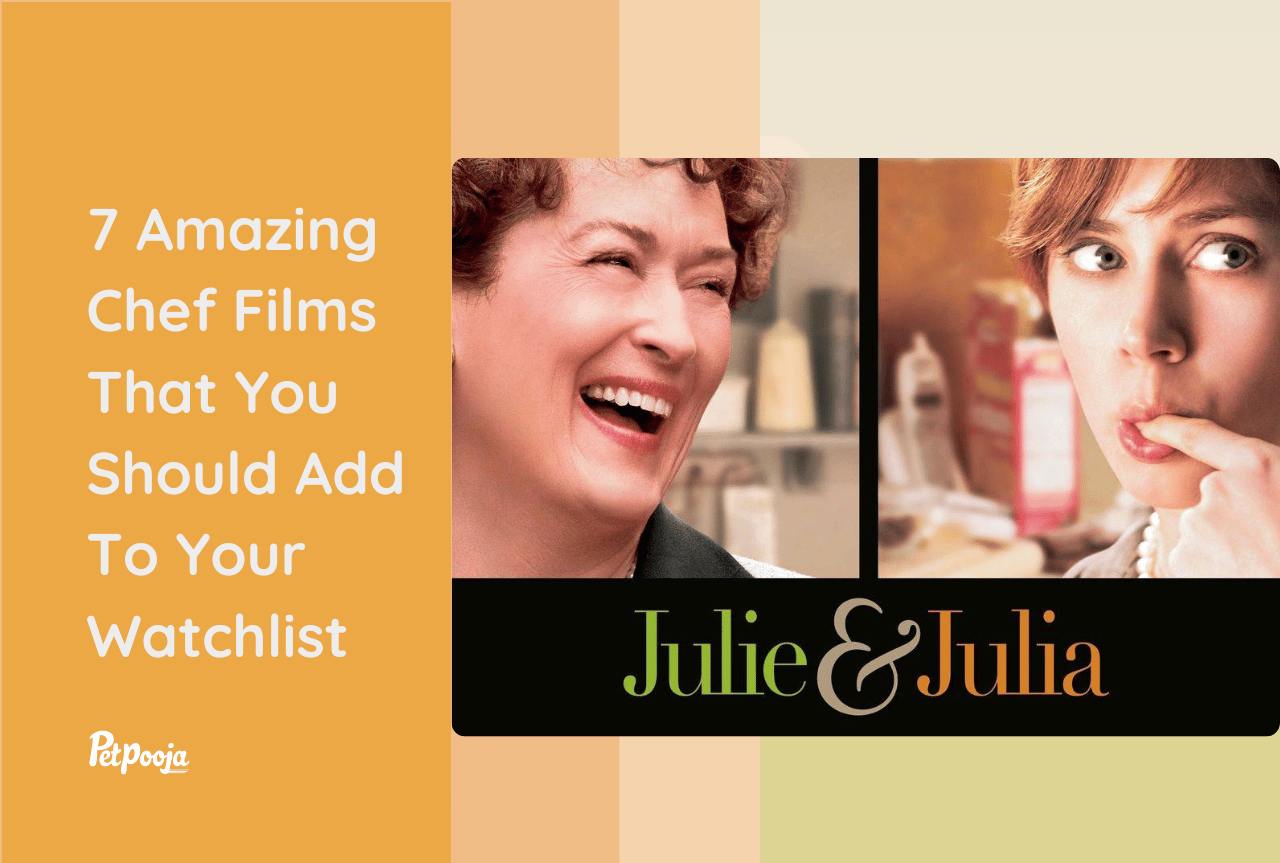 We love watching movies! They are a great way to pass our time, enjoy the day, enjoy time with our loved ones, and even get inspired. Combine films with our love for food; there is no better combination for food lovers! If the idea of mixing the art of filmmaking with the art of cooking has caught your interest, then we have a binge list of the most recommended chef films to get your weekend sorted!

Here is a list of seven films everyone chef in the food industry would suggest you watch!

Marvellous Films for Chefs and Foodies

Food is one of the most romanticised elements of our daily lives. And most of us have learned everything about romance through movies. While movies that satisfy our love for food make us hungry, they also teach us about various incredible food cultures, characters and stories.

The movie chef beautifully captures a story of love, family, friendship and creativity in cooking. Starring Jon Favreau in the lead, Chef also stars some of the most famous names in the movie industry, including Scarlett Johanssen, Robert Downey Jr, Sofia Vergara, Dustin Hoffman, and Oliver Platt. It was Favreau’s passion project, where he wanted to simply create a movie about cooking, and he closely worked with chef Roy Choi to get the details right.

Watch this chef film to witness father-son bonding over the food truck business.

Starring Meryl Streep, Amy Adams, Stanley Tucci, and Chris Messina, and directed by Nora Ephron, Julie and Julia is a biographical comedy-drama film. It depicts the early years of Julia Child, a celebrated TV chef, and Julie Powel, a young New Yorker aspiring to cook all 524 recipes in Child’s cookbook in 365 days, and how their lives intertwined in the journey. The movie features a heartfelt passion for cooking.

Watch this movie to witness the passion for cooking and critical reviews in a Parisian restaurant kitchen. When we talk about chefs and cooking movies, the conversation is incomplete without discussing this adorable film. The movie is told from the perspective of a rat, Remy, who wants to become a chef. Remy ends up in a Parisian restaurant where he teams up with a restaurant’s garbage boy to follow his passion for cooking. Written and directed by Brad Bird, it is one of the greatest Pixar movies of all time.

Watch this chef film to witness the rivalry between restaurants in the food industry. The film tells the story of an Indian family who moves to France to set up their own restaurant, hoping to attract locals with their unique and authentic taste. However, they face tough competition from an established Michelin star-winning restaurant in the area, owned by a French woman. Directed by Lasse Hallström, The Hundred-Foot Journey stars Helen Mirren, Om Puri, Manish Dayal, and Charlotte Le Bon.

Another great addition to the list of chef films, Burnt, starring Bradley Cooper, Sienna Miller, Omar Sy, Daniel Brühl, Matthew Rhys, Riccardo Scamarcio, Alicia Vikander, Uma Thurman and Emma Thompson, and directed by John Wells, is a story about burnt-out Chef. The film portrays the struggles of working in a high-pressure restaurant kitchen environment, losing a star chef because of drugs and alcohol, and his redemption in the culinary world.

Loosely inspired by a play, Sakina’s kitchen, Today’s Special is a story of how food can bring people together. The movie tells a story of a young sous chef based in Manhattan who has to come back to his family restaurant after his dad’s heart attack. He initially dreads it and then starts rediscovering his culture, heritage and passion for cooking.

The movie’s tagline is “A story of making a Dosa“. A Malayalam romantic comedy, this movie follows the story of two couples. Passion for food and cooking brings lovers together in this film. Watch this movie to see a young couple connect over their love for cooking and sharing secret recipes. Salt N’ Pepper is directed by Aashiq Abu and stars Lal, Asif Ali, Shwetha Menon, and Mythili.

Watch these chef films for a good time with yourself and your loved ones! They may also inspire you to make something delicious instantly. Let us know what you think about these cooking movies. You can also read our blog here about books every chef must read.